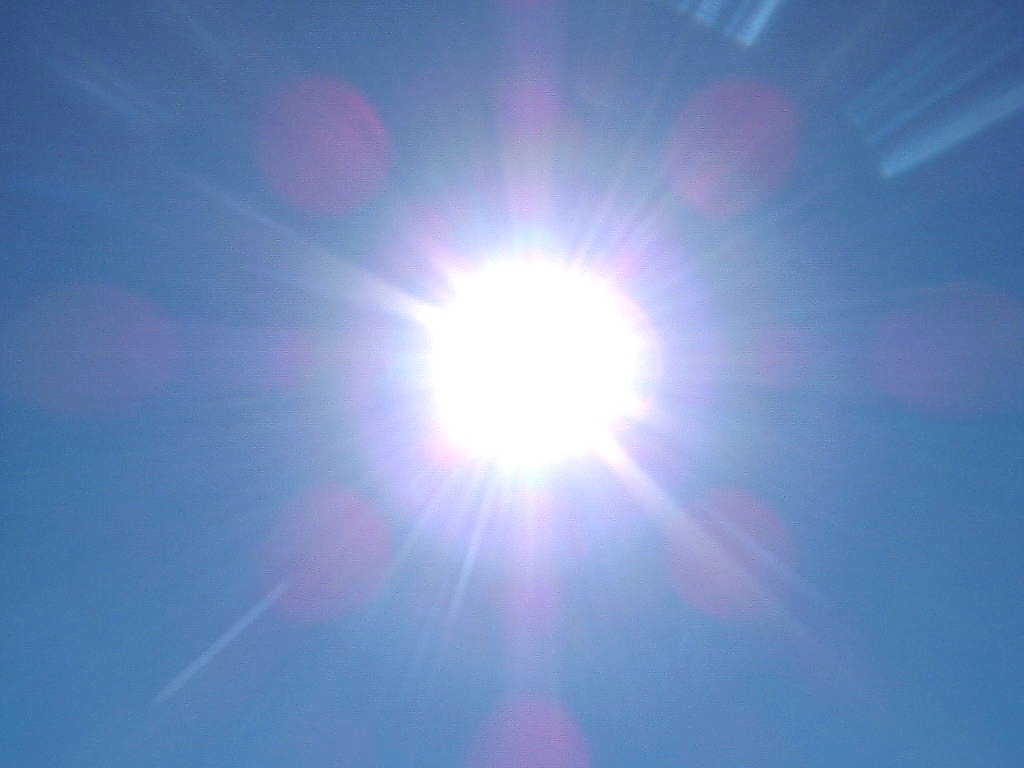 If you read my previous article, Buying a Home Solar System Can Be a Good Investment, I was deciding whether or not it made sense to buy a home solar system.

Well after doing a lot of research, calling and checking references, consulting the solar company near me, crunching numbers, and getting preliminary approval from the city, I have decided on a system.

A few things this proposal includes that some of the others didn’t:

Here’s the proposal that I’m going with: 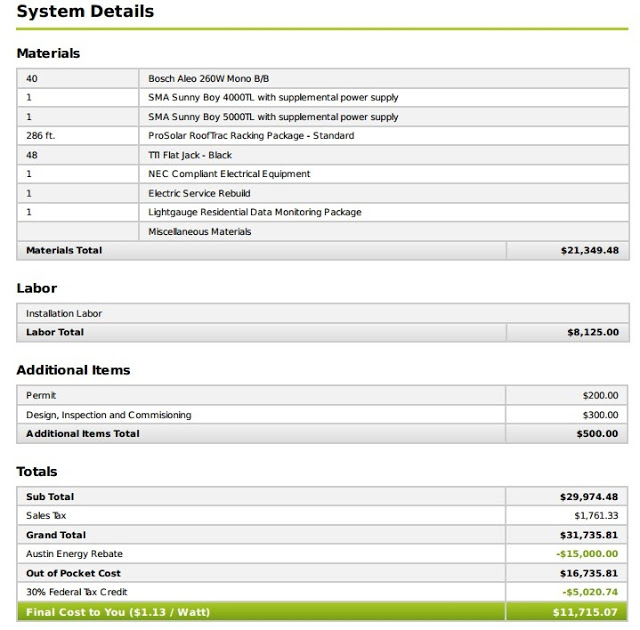 I’m also comfortable with the quality of these German made panels. The only concern is that one of their original investors, Bosch, is actually getting out of the business. This company could get bought out in the next year but I believe their chance of insolvency is relatively low. This is my greatest risk because if the company went under and I had a manufacturer’s issue then I would be screwed. 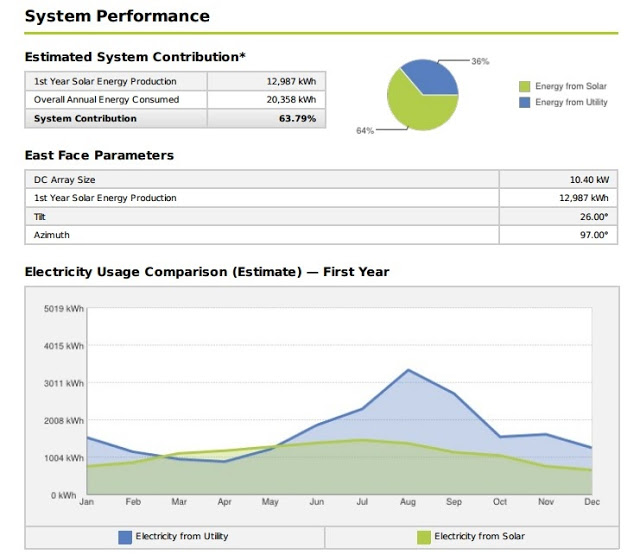 As you can see, this system is producing over 60% of my usage based on the last 1 year period of my utility bill. There’s a few months that I won’t have a bill, March, April, May and probably June with the credits rolling forward.

Here’s a look at the financial picture projections: 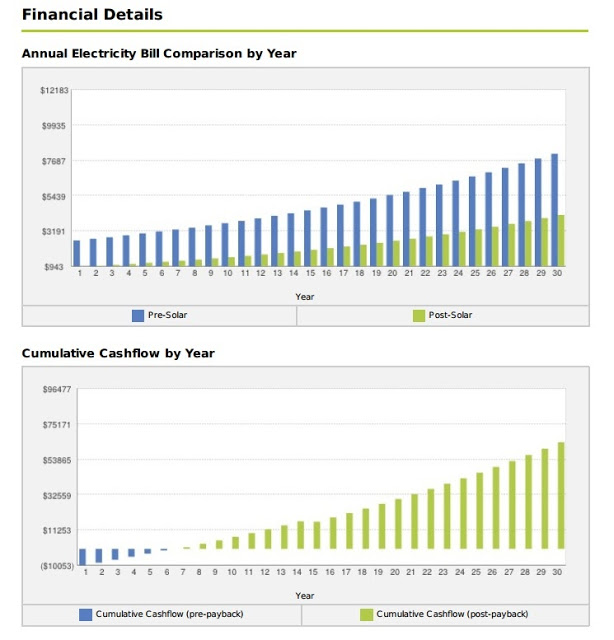 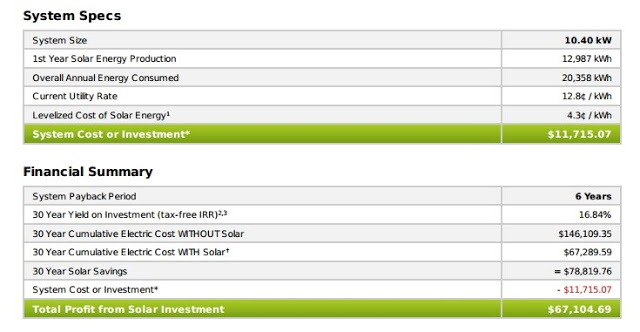 As you can see, the projected tax-free IRR is 16.84 % with a break-even before year 7. That’s awesome but I think they may have overestimated the rates of increase of my utility bill (they used 4% increase each year, see below) just a little. By my calculations, I’m still over 10% tax-free IRR which is still a great return in my book.

I do like the fact that they have added the cost of another inverter (life span is usually 15 years) in these numbers. I’ve listed the fine print at the very bottom of the proposal:

1) “Levelized Value of Solar Energy” is the approximation of the average $/kWh value of energy produced from the quoted system. The system net cost (in the
installation year), plus any O&M costs, is divided by the amount of energy produced by the system over its life-cycle. This calculation is not adjusted for the timevalue of money.
2) “Internal Rate of Return (IRR)” is the rate of return (annual compounded) that the cash ?ows bring based upon the amount of capital invested upon installation. If
you ?nanced your system 100%, IRR does not apply since you did not invest your capital.
3) “tax-free IRR”: Since the yield is based o? of energy cost savings from Solar PV, the investment is inherently tax-free. For comparison purposes, this could be
considered the post-tax return. Returns on other types of investments are often quoted as a pre-tax return. Therefore, in order to do an “apples to apples”
comparison of your solar investment to other investment options, you will have to take into account your tax bracket percentage.
4) “Utility Rate” is the estimated utility price for energy over the next 30 years. The value re?ects an annual increase of 4.00%.
* Figure represents the total system cost after applying the 30% Fed Tax Credit
? Includes an inverter replacement at year 15.

Now I’m waiting for permits from the city and permission from my HOA (I don’t think they can deny it). Then I can start scheduling my install. There is actually something exciting about scheduling my solar system installation. It will feel like a personal achievement for myself, especially after the time it’s taken to make this decision. This is probably one of the best parts of the process, to be honest. Then, once the install is done, the city does another final inspection. The great part is that the installer company guarantees the rebate, so I’m never out of pocket the money that the city will be paying. This whole project should be done by the end of October and will start lowering my utility bill immediately after. I’m pretty excited about this.