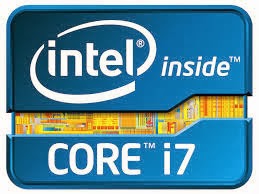 It’s very rare for me to sell one of my dividend growth companies.  If you have looked at my dividends page that is color-coded, then INTC will stick out like a sore thumb.  They are the only company I own that hasn’t increased their dividend since 2012.

The way that the dividends have fallen though, they still have until the August payment to technically keep their streak alive on the CCC sheets.  This is usually announced in late July.  I was initially planning on waiting for this announcement.

If you read My Business Plan, I outlined a few reasons that I’d consider selling:

When to Sell or Strongly Consider Selling:

So INTC has triggered two of these red flags and I have been watching them closely for a while.

Intel has had some recent upgrades and their stock price shot up late last week to over $30/share.  This is the highest their stock price has been the last 5 years.  If you have seen the chart of Intel, every time they set a high, the price seems to retreat back to $20/share.  Since I’m in long-term capital gains territory, I decided to sell off the majority of my stake in the company.  I figure at a yield of 3%, I can find better opportunities in the market currently.

If you are wondering why I didn’t sell off all 500 shares, it’s because I previously sold 2 covered Calls and I must hold those last 200 shares until expiration or until I close the call options.

I haven’t exactly decided what I’ll do with the nearly $9k in new capital but I’ll be sure and post here as soon as I make some purchases.

I will need to replace $270 in lost yearly income from this sell.  I don’t think they will be too difficult to do.

I know several other DG investors have already sold their INTC stake.  I decided to hold on a little longer and I’ve been rewarded with higher profits for doing so.  I’m not a market timer, so this was pure luck that the price has jumped so much recently.

What do you think about this sell?