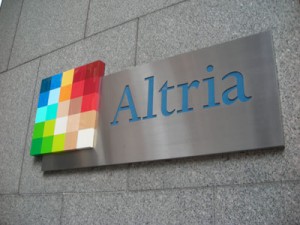 As a buy and hold investor, I still monitor my positions.  I don’t view any stock as a buy and hold “forever” type of company.  Some companies require more “checkups” than others.  For instance, I’ve been keeping a very close eye on TGH and I hardly have to glance at what KO or JNJ is doing.  This morning I decided to part ways with Textainer Group.

Textainer Group Holdings Limited (TGH) is a holding company engaged in the purchase, management, leasing and resale of a fleet of marine cargo containers. The Company is a lessor of intermodal containers based on fleet size, with a total fleet of more than 1.6 million containers, representing over 2.4 million twenty-foot equivalent unit (TEU).

I’ve held TGH in my portfolio since before 2012 and last added in July of 2013.  Shares have been basically flat while the S&P 500 and DOW continue to surge higher.  While I’m ok with this, there’s usually a reason the company hasn’t moved.  TGH has been under earnings pressure and just missed by $0.02.  They released their quarterly report which overall wasn’t terrible but they also announced another dividend of $0.47, the fifth straight payment of that amount.  This was enough for me to say goodbye and move my funds into a company I can understand better and feel more comfortable holding.

Here’s a look at their payouts.

The last raise was declared 08/06/13.  TGH had also been in a long streak of increasing the dividend each and every quarter prior to this year.  Technically, TGH has until the end of next year to raise their dividend to keep the streak intact.  That’s fine but I’m also looking for some growth.  Between high debt levels and no dividend growth, today I sold out of all 90 shares I owned.  My basis was $34.49 and I sold at $35.56 so I squeaked out a very small gain not counting any dividends I received.  I actually received a last payment today which was a nice bonus.

So this sell freed up nearly $3200.  I added almost another $1000 of capital and bought 100 more shares of MO.  MO is a company that I can understand and wrap my head around.  I’m also very comfortable owning shares as they not only have a great yield of 4.9% but they also have good dividend growth.  They recently raised the dividend by 8.3%!

While I’m not completely bearish on the company, I feel more comfortable with my money invested elsewhere.  I may look at a speculative options trade if the price comes down any further.