I have a couple of puts that I’ve sold recently and I could get assigned additional shares of NSC.  However, I don’t want to miss out if NSC has a run up in price.  It has already moved back higher than $60/share from a low of about $56.  I do still want to own more of their stock.  I decided to purchase additional shares this morning to average down. 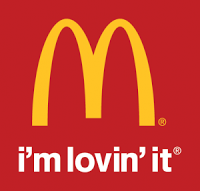 I initially started a position with MCD back on August 13th and that post can be found here.
I ended up buying 23 shares today @ $86.12/share.  This was a little cheaper than my initial purchase of 22 shares at $87.80/share.

I believe MCD is a company that will still be selling Big Mac’s 20 years from now.  They have 36 years of consecutive dividend increases.  They have a current yield of nearly 3.6%, payout ratio of 52% and a huge 5-year CAGR of 20.4%. 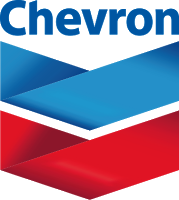 I initially started a position back in May with CVX that I posted here.

I decided to add to that position this morning.  I bought 19 shares of CVX @ 104.62.  This was just slightly more than my original purchase.

I believe CVX offers a fair value.  They have 25 years of consecutive dividend increases.  They have a 5-year CAGR of 9.0% and offer a current yield of about 3.5%.  I see CVX and COP as long-term holdings and would like to keep them nearly equally weighted in the long-run.

I entered a limit order this morning that was 15% below my cost basis on Intel.  I never thought it would have executed so soon.  With the beating that HPQ (-12.2% as of writing) has taken today along with a downgrade of ARMH and a UBS downgrade of INTC, shares are down over 4%.

It’s true that PC sales are expected to be slow but Intel is making a push into the mobile market and they still have great margins on server and workstation processors.  You definitely can’t count them out.  I believe INTC has been unfairly punished and I attribute a lot of the selling due to fear.  We all know what Buffett said, “…be greedy when others are fearful.”  I am taking advantage of the weakness to average down.

The put option I sold in September was assigned over the weekend.  I was put 100 more shares of INTC at a cost of 22.56 before commission.  My cost basis went up slightly accounting for all commissions from 22.73 to 22.80.

I now own 196 shares of INTC and this increases my position to a little over 6% of my portfolio.  I also have two additional put contracts expiring in December and July.  I think INTC is a great value here and I’m willing to build up to a 1000 share position long-term.

The closed out put option can be found on my options tab.

Yesterday I was deciding between a few stocks to add to my Income Portfolio including VOD, the new KRFT and OHI.  I ultimately added 100 shares of Vodafone (VOD) @ 26.969/share.  Currently my income portfolio has 100 shares each of VOD, TSM, EXC, and APL.  I have a covered call I sold on 100 shares of TSM earlier in the year that will likely get called away in January leaving me with just 3 stocks.

I like Vodafone to compliment my Verizon (VZ) shares that I own in my DG portfolio.  VOD has a current yield of about 5.5 % according to Etrade and has exposure to emerging markets.  They also received a special payment from Verizon Wireless last year as they own 45% of the company.  The yield doesn’t take into consideration these special dividends that may or may not continue.   This purchase should provide about $150 in additional annual income.

I don’t currently have my Income portfolio posted on my blog but that could change as it grows.  I don’t want it larger than 20% of my DG portfolio.

My second purchase yesterday was averaging down on my shares of TWGP.

Many of you know about the storm that has ravaged the northeast recently.  Well, Tower Group’s business is primarily in the northeast so their stock price has taken a beating.  I have been trying to decide if I should average down on Tower Group or even sell the shares I have.

After reading through their 8-k report they filed Oct. 29 that discloses their reinsurance coverage, that can be found here: http://investor.twrgrp.com/sec.cfm , It looks as though they could lose around 90 million from this storm.  This is about 10% of their market cap.  The stock has already dropped about 10% since the news of the storm has hit so I think most of the damage is priced in.

Tower Group is a Dividend Challenger, having raised their dividend for 5 straight years.  Their current status is in jeopardy though if they don’t raise their dividend by the end of next year.  The company has not increased their dividend since June 24, 2011.  Shares are currently yielding 4.25%.

I’ve decided I will give TWGP until the end of next year to raise their dividend and if they don’t I will likely sell my shares.  Upon further weakness I might average down again.  Given their smaller market cap and smaller dividend streak TWGP could be considered a speculative dividend growth play.  Hopefully things will work out and five years from now I will look back and  realize I got in at a good price.

I’m reporting a trade that was executed yesterday.  It won’t be as exciting of a trade since I’m increasing an already existing position but I am excited to increase my portfolio weight in the medical sector.  I believe with an aging baby boomer population, I need more exposure to this sector.

I purchased 26 shares of BDX at 76.39 which will slightly lower my average cost.  I originally purchased 13 shares at 77.40 in January before I started this blog.  The Dow has increased from about 12000 to around 13000 in this time.  I still like BDX and I don’t believe the fundamentals have changed so for me this is an easy decision to increase my holding.

I also own JNJ, OMI and NVS in the medical sector.  I’m closely watching Medtronic (MDT) and Baxter (BAX) , who are competitors of Becton Dickinson.

Becton, Dickinson and Company (BD) is a global medical technology company engaged in the development, manufacture and sale of medical devices, instrument systems and reagents used by healthcare institutions, life science researchers, clinical laboratories, the pharmaceutical industry and the general public. BD’s operations consist of three business segments: BD Medical, BD Diagnostics and BD Biosciences. In August 2011, the Company acquired Carmel Pharma, AB. In February 2012, the Company acquired KIESTRA Lab Automation BV. In August 2012, the Company acquired Sirigen Group Limited, a developer of polymer dyes that are used in flow cytometry and can be applied to other technologies. In November 2012, Corning Inc acquired the majority of the Discovery Labware business from BD.

I’m keeping my promise of documenting every trade as soon as I can.  I typically write about them the same day they happen like today unless I’m out of town.

I’ve been wanting to purchase a company in the Aerospace & Defense sector for a while.  I looked hard at RTN and almost bought some earlier in the year.  Most stocks in general have had a nice run this year and I don’t see much of a change in the market with QE3 i.e. QE “infinity” in effect.  So I decided to make a quick comparison of 5 companies that compete in the same general defensive areas.

2 of the 5 companies don’t meet my minimum criteria of 5 years of consecutive dividend increases.  Both COL and BA held the dividend the same for 3 years during the Great Recession.  I gave them credit for 1 year of increase even though this year isn’t officially over.  Those two are immediately eliminated.
The remaining three companies all have yields over 3%, and acceptable payout ratios.  I also like to look for companies that have a 10-year YOC over 10%.    I actually wrote an article on seeking alpha about this metric that I like to use to evaluate a company here: http://bit.ly/GSsaqt.

Although I think all three of these companies could provide long-term dividend growth and a great investment, I decided to buy LMT mainly because it has the highest yield and highest dividend growth rate currently.  These companies do seem fairly valued and have had a nice run this year.  Long-term this price won’t matter much but if the price drops significantly from here then I will be adding additional shares.

There are still risks with defense cuts but there is also a chance that Romney is elected and he says that he plans on adding 2 trillion dollars to the defense budget.  This would certainly help these companies.

I also noticed a lot of smokers when I was just in Europe these last two weeks.  Much more so than where I’m from.  Unfortunately, LO doesn’t have a big international presence.  It’s big seller is its Newport brand which accounted for 88.4% of its sales revenue in 2011.  They also own Kent, True, Maverick and Old Gold brand names and recently purchased Blu Cigs for 135 Million.  There are 43 differenct product offerings within these 5 names.