It’s very rare for me to actually sell one of my holdings, especially one that was not a speculative play and has a history of increasing dividends. However, I made three trades that I believe will benefit my portfolio.

So Tuesday NSC raised the dividend only 4% and reported earnings below expectations. A 4% raise isn’t bad but it’s a lot lower than I expect for a company with a dividend yield of only 2.7%.  NSC has also increased dividends twice yearly since 2010 expect for this year.  So considering they didn’t raise the dividend in January and it was a smaller increase for the second half of the year, I decided to trim my position.  This also gets my position back to a normal weight and I can add another stock that has higher dividend growth potential with a lower current weight.

My last purchase of NSC was last November when I bought 37 shares @ $60.29/share. I ended up selling $2k worth (28 shares) Wednesday @ $73/share. I profited about $364 not counting dividends collected. I actually was scrambling Tuesday to get an order in before the closing bell but was too late. I should have placed a market order for Wednesday morning but I decided to think about it a little more. After thinking about it I decided I would sell off $2k in shares since they were already a little overweight and use the proceeds to buy $2k worth of TGH which is also an industrial but pays a higher dividend.  TGH was also a very low weighting and was due for another purchase.  The price of TGH had also come down close to my cost basis which makes the choice even easier. 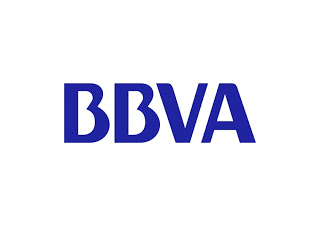 I’m reporting an options assignment with BBVA.  I originally posted back on March 1st about selling three 07/20/13 puts @ $9.

I bank with BBVA and they also hold my primary mortgage.  They have one of the easiest to use online systems I’ve seen.  BBVA currently yields 6.4%.  They also have exposure in many countries, not sure Spain.  Morningstar has then rated 3 stars, a forward p/e of 8.2 and a PEG ratio of 0.2.  I’ve changed my stance from a speculative play to being long on BBVA.  These 300 share increase my total share of BBVA to 508.

I still have 6 puts outstanding with BBVA.  These can be found on my options page.

With the closing of a BBL put this morning it has pushed my options income over the $3000 mark for the year which completes another one of my goals for 2013!

I never thought I’d collect this much in premiums with almost half the year left to go. The great part about this is that I’ve never held more than $13k in my options account.  That’s a 23% return on my money in just over 6 months.  I do expect dividend income to eventually catch up and pass my options income but I’m sure going to try and keep the pace going.

I’ve already completed 3 out of my 8 goals so far this year.  All of my goals are posted on my goals tab.

I decided to close out one of my BBL puts that I just sold last week!  That post is here.  I had a nice quick gain and decided to take advantage.  This also freed up more cash in the event that the 2 PAAS puts gets assigned this month which still looks very likely.

I decided to close out one of my puts that I had a nice gain on.  This also freed up a little bit of cash in the event that the 2 PAAS puts gets assigned this month.  It looks very likely that will happen.

I originally sold a put in COP back in April.  COP is a stock I currently own and still like the fundaments of.  I would have had no problem if these shares were assigned to me.  However, I needed to free up some cash and decided to take advantage of the price move upwards COP has had.

I earned a profit of $174 in a little over two months.

Back on May 14, I originally sold a put against BBL.  Since then, BBL’s shares have gone down considerably more.  I’ve taken the opportunity to double down on my puts.  I’m reporting a put I sold last week.

I also forgot to post a previous options trade I had.  I sold another put of my speculative bank play, BBVA, which I actually am a member of.  BBVA also holds my primary mortage and I’ve decided I wouldn’t mind being a long-term shareholder.  I sold 3 Jan 18 ’13 $8 Puts @ .90.  I currently have 9 naked puts against BBVA.

This trade could turn out a few ways:

I’m reporting an options assignment with PAAS.  So I originally posted back on April 17th about making a speculative purchase in PAAS. I also posted some reasons I was interested in the stock. Well the stock hasn’t done much , it’s actually down a little since then and is my worst performer. This is why I don’t make many speculative purchases. However, I plan to hold and see what happens with this one while I collect a 4% dividend.

The original post was here.  I bought 150 shares and sold 2 puts expiring in July.  Well one of those puts was assigned early.  There is always a risk of early assignment when options are “in the money.”

I still have 1 put outstanding with an expiration of July 20th.

I originally sold puts in both MO and KMI back last December.  These are stocks I currently own and still like the fundaments of.  I would have had no problem if these shares were assigned to me.  This is why I sell puts against companies that I’d like to own more of.  I don’t have to worry about getting assigned shares since I’m picking a price that’s cheaper than current market values and one that I would be happy to pay.  Instead these options expired and I am collecting the full premiums.

I’m reporting a put I sold this week.  I set a limit order for TGH that was executed.  I picked some up as a speculative play and it’s had a little recent weakness so I decided to sell a put.

This trade could turn out a few ways: