I haven’t been able to keep up every month with a full monthly update but I will try and post updates for at least the months where there are some significant changes.  I have quite a few transactions this month and hit a few milestones.

First, I purchased 300 shares of BBVA (due to options getting assigned), 56 shares of WM, 54 shares of OMI and 105 shares of TWGP.  With these new purchases I have increased my yearly dividend income by more than $300.

I have also reached a portfolio value milestone of 50k.  My total portfolio value is a little over 52k now and is updated on my portfolio tab.  This is mainly due to new purchases but the markets are also up from a month ago.  In order to hit my new goal of $2400 by the end of the year I will probably need at least another 10k in purchases.  I believe this will be doable.

On another note, I also closed on a new house and now have a second rental property.  I have some plans for the rental in the next couple of years so that I have a positive cash flow on both.  I have updated this transaction on my real estate tab.

I’m happy to report that I am ahead of where I thought I would be at this time.  It’s just been a little over 4 months since I’ve started this blog but it has held me accountable and I believe has made me a little more disciplined.  It’s also been nice to interact with others that have similar interests.

TWGP announced plans to acquire Canopius which the market did not like.  Shares were down 15%.  I still believe in this company longterm and believe they will continue to raise their dividends each year which is what I really care about. 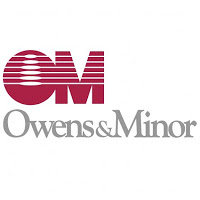 Today I added 54 shares of OMI @ $28.46/share to my already owned 34 shares.  OMI hasn’t experienced a run-up like the rest of the market, it is actually trading at a lower price than my initial purchase price of $30 in February. This is party due to the company lowering their 2012 EPS estimate.  I still like the company and decided to go ahead and add more shares to my portfolio.  These 54 shares will add $47.52/year of income.  This purchase also brings my portfolio value to above 50k for the first time ever!

Another way to look at this is that it lowered my purchase price of the 68 shares of WAG I bought on the same day.  You can find the post here.   I purchased 68 shares @ 28.99 but with the $190 profit I made on the puts it’s as if I purchased those shares at 26.20/share not including commissions.

So I had a few options transactions on Friday that I’m reporting.

I have updated these trades on the options tab.

WAG is up over 10% after deal is signed.

–Walgreen’s shares soar after company reaches multiyear contract with Express Scripts
–Drug-store retailer will re-enter the pharmacy-benefit manager’s network in mid-September
–Walgreen’s sales had suffered since exiting Express Scripts’s network
(Updates throughout with additional background, analyst commentary and stock quotes.)
Walgreen Co. (WAG) and pharmacy-benefit manager Express Scripts Holding Co. (ESRX) announced a new multiyear reimbursement agreement Thursday, ending a seven-month dispute that had prevented millions of patients from getting their prescriptions filled at the nation’s largest pharmacy chain by store count.
Financial terms of the agreement were not revealed. Walgreen will become available again to Express Scripts clients as of Sept. 15.
Walgreen had felt the pressure of the dispute more directly than Express Scripts as the drugstore chain lost customers to rivals such as CVS Caremark Corp. (CVS). Walgreen also faced the prospects of losing millions of more customers following Express Scripts’ acquisition of another pharmacy-benefits manager, Medco Health Solutions.
The drug-store chain declined to comment beyond the press release. Shares of Walgreen surged 12% to $34.71, returning to positive territory for the year, as investors cheered the news. The stock was the strongest performer in the S&P 500.
Shares of Express Scripts also gained, up 2.2% to $58.93. PBMs like Express Scripts handle drug benefits for health plans and corporate clients and strike deals with pharmacies over prescription reimbursement rates.
Walgreen’s same-store sales had suffered each month since the contract expired, as customers had been forced to shift their prescriptions away from the drug-store chain because of the impasse with Express Scripts. Investors were likely relieved customer attrition could slow, although it was unknown whether the departed clients would return to Walgreen’s stores.
Morningstar analyst Matthew Coffina said Express Scripts played the dispute “expertly,” helped in part by its Medco acquisition. In April, Express Scripts completed its $29.1 billion acquisition of Medco, which combined two of the largest pharmacy-benefits management companies in the U.S. At the time, Express Scripts said Medco clients would still be able to access Walgreen stores.
“Because Express Scripts had the bargaining power here and Walgreen lost so many members, it is most likely Walgreen had to concede to Express Scripts demands than the other way around,” Mr. Coffina said.
Drug-store retailers CVS and Rite Aid Corp. (RAD), which each launched marketing campaigns to court Walgreen’s customers, saw their shares decline on the news. Shares of CVS–which also saw its PBM business benefit from the dispute–slid 4% to $46.53, while Rite Aid dropped 5.5% to $1.21.
Mr. Coffina said that while CVS and Rite Aid were likely rooting for the dispute to last even longer, the amount of time they had to win over clients was long enough that most wouldn’t transfer their prescriptions back to Walgreen stores.
“Once a customer has their prescriptions on file, it’s hard to get them to voluntarily switch,” Mr. Coffina said.
Walgreen left the Express Scripts network at the beginning of the year after the companies were unable to reach a new deal over reimbursement rates for dispensing prescriptions. Throughout the dispute, Walgreen maintained it should be compensated for its new health-care services that help patients manage their medications, while Express Scripts contended that under Walgreen’s initial plan, the company would be the most expensive pharmacy for basically doing the same thing that other pharmacies do.
Walgreen Chief Executive Greg Wasson, who faced criticism from investors and analysts for letting the Express Scripts contract expire, said in a prepared statement that he was pleased the pact works “for both parties and is consistent with our company’s principles.”
“This agreement is good for our shareholders, our employees and the patients and communities we serve,” Mr. Wasson said.
Express Scripts accounted for about 88 million of the 819 million prescriptions filled at Walgreen in the year ended Aug. 31, and represented about $5.3 billion of Walgreen’s annual revenue, which was $72.2 billion in fiscal 2011.
Walgreen’s sales have suffered since the dispute, despite efforts to retain customers, including a special discount on the annual membership fee for Walgreen’s Prescription Savings Club.
After notching same-store sales growth in each month of 2011, sales so far this year deteriorated as demand on the pharmacy side of the business especially suffered. In June, for example, same-store sales dropped 10% as comparable pharmacy sales suffered a 15% decline.
Victoria Stilwell and Jon Kamp contributed to this article.
(END) Dow Jones Newswires
July 19, 2012 09:50 ET (13:50 GMT)

Johnson Controls (JCI) was down 8% after reporting it’s quarterly report this morning.  I think this was a little overdone.  So I decided to sell an Oct 20 ’12 $25 Put @ 1.20.  If this gets assigned I’ll own JCI with a YOC of just over 3%.  From a quick look, it seems that JCI has increased its dividend every year since 1998 besides during the great recession of 2009.  I really wouldn’t mind owning the stock but if I get a good opportunity to buy back the put at a profit then I may do so.

PG is up big today on a general down day in the markets.  I used this opportunity to close out my July 21 ’12 put.  I bought back the July 21 ’12 $62.50 put at $.83 earning a meager $59 not counting commission costs.   I’m also already heavy in the consumer sector and decided this is my chance to close out the trade so I am not assigned 100 shares of PG which would have automatically become my largest holding.

I will probably hold off on selling any puts until after the 21st when I expect to be assigned 300 shares of BBVA (my speculative dividend play) and to have my VOD puts expire.

You can check out my options activity on the options tab.

I purchased 56 shares of Waste Management (WM) today on weakness at $31.64 per share.  It’s already a holding of mine and I haven’t added to it for about a year.  This weakness presented a decent opportunity to grab it with a yield of about 4.5%.  This purchase provides an additional yearly income of $79.52.

You can check out my options activity on the options tab.